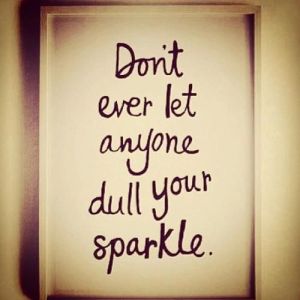 Today was presentation day! So all groups had to present their work to the rest of the class, here we were graded by other groups, we were marked on our

Before doing so, the first hour of our lesson was dedicated to rehearsing our lines, making any last changes or fixes that needed to be made. Giulia and I spent the first hour of the lesson doing this so when it came to presenting the presentation, we would have a little more confidence than we had started off with. It got to 10’O’clock and it was presentation time!!! Sandra came in with a big sheet of paper and a pen which determined in what order the groups went in, we managed to get sixth place. I was very nervous at the beginning of the lesson and it only got worse when the groups began to go up. Every group did very very well!! It was a very scary thing especially as we were being marked on our performances but every group did very well. We decided to just try to do our very best, if either of us were to make a mistake we planned to just roll with it but it would also tie in with our presentation title – F.A.I.L. When stood up in front of everyone and feeling everyone’s eyes on us, it was awful; I didn’t like it, I have never been particularly good at speaking in front of people, I wouldn’t class it as one of my strengths (however I did well-ish). I was extremely nervous (not entirely sure if anyone could see that) but I tried to speak as slowly and clearly as I could and remember to smile and not look at the floor. Before we were due to go up, I remember us doubting ourselves, have we done it right? Have we got enough information? Is this going to be good enough? I hope this looks like an interactive whiteboard, will everyone be able to see that it’s an interactive whiteboard?? However all doubts went out the window when we got up there, babbled on (and did a pretty good job!) and then returned to our seats, relieved that it was over with.

I believe tasks like this one are a great way to build someone’s confidence. It can be a stepping stone for those who find speaking in front of large groups of people hard. This way you don’t have to do it on your own and it’s less pressure on you (and less eyes) as you have someone else to share it with (or hide behind). Its character building, I would say it was for me, as I personally don’t like speaking in front of people but I am gradually getting over it, thanks to having to get up there and get on with it. For those who want to become teachers, speaking in front of others is a job requirement. We all have to start somewhere and although its daunting and scary, we are all in the same position so the best place to conquer the fear of public speaking would be in a room full of like-minded people, who look and feel just as awkward as you do and let’s face it, this was no one’s favorite task!

To not doubt myself.

How I will remember?

The amount of relief I felt when being able to return to my seat and how incredibly warm the room felt afterwards!!

To consider what I would have done differently, I tend to stick to my strengths which is making things, so next time I might try something a little more challenging, I’m not so great at making things on a computer so I may try a computer presentation next time.